On the 6th of October, in the business hall of the Skopje fair, the National Water Conference was held.

The Conference, organized by Eptisa, gathered three projects, currently going on in the country, that are dealing with water reforms:

The Conference as well as the projects themselves, was organized with the Ministry of Environment and Physical Planning, with support of the European Union.

The event was officially opened by Mr. Bashkim Ameti, Minister of Environment and Physical Planning who  stressed the importance of the subject for the Ministry, in period in which three wastewater treatment plants are being built as well as the Ministry’s efforts, aimed at providing funds for construction of treatment plants and improvement of the sewerage network in order to ensure better protection of water resources in the country. The Head of the Delegation of the European, Mr Samuel Žbogar, also addressed the audience, stressing the prioretization of the water management and reforms in the water sector from the EU side. On the official part of the Conference, Mr. Igor Spasovski, president of ADKOM and Mr. Dimitar Petrov, president of the  Energy Regulatory Commission spoke.  The new role of the ERC, and the guidelines of how this body will function was crucial for the PUC’s and resulted in discussion that was beneficial both for them as well as for the ERC.  The Conference also included guest speaker – Mr. Mr. Baton Begoli, Water Policy Advisor to the Inter-Ministerial Water Council chaired by the Prime-minister of Kosovo, who spoke on the Experience of Kosovo in the Regionalization of the Water Services but also gave advise on how to make the reforms process successful and easier to handle. 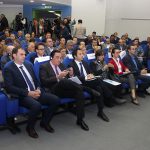 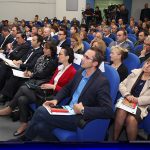 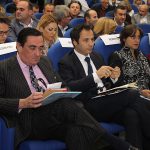 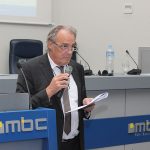 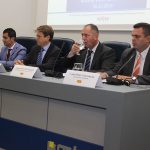 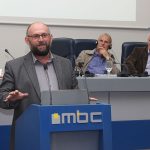 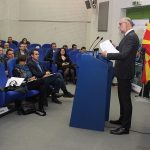 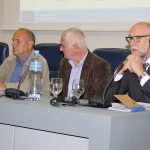 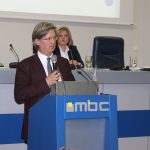 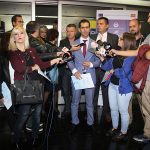 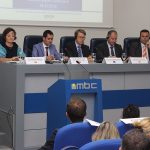 The moderator of the Conference was Ms. Jadranka Ivanova, Head of EU Department, at the Ministry of Environment and Physical Planning, and all of the team leaders of the three projects presented various aspects of the water reforms through the aspect of their projects.

This conference brought together the main stakeholders, which was the key issue from one of the aspects set as goals from the beginning – to initiate dialogue between them. The reforms are of tremendous meaning for the country both now as well as for the future.

Lots of media covered the event, both from electronic as well as printed media.